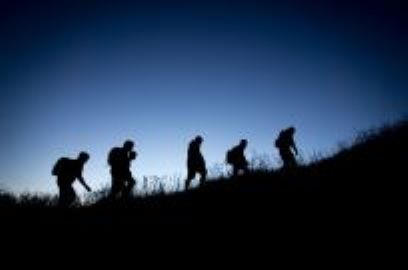 An outline of the journey thus far…

In May 2017 the Board of Scouting Ireland engaged an independent specialist to review their procedures around Child Protection, this review was completed in December 2017. In October 2017 this expert was also commissioned to undertake a second piece of work, a Critical Case review. In response to issues raised concerning one particular case the Board decided to commission a barrister led investigation which commenced on April 19th 2018. This investigation was to take six weeks and four senior volunteers temporarily stood aside from their appointments while it was in progress.

In May 2018 the Minister for Children and Youth Affairs engaged an independent expert to examine and assess the steps being taken by Scouting Ireland to address governance and related issues within the organisation.  Click here to read the report on Governance

Funding was cut for a period and several articles appeared in the news media. This led the organisation to bring forward, by several months, the implementation of a proposed change of organisational governance (the “Company-only” organisation), the adoption of a new Constitution and the election of an entirely new Board.

In June 2018 and an EGM and National Council of Scouting Ireland took place to agree notice of motions to be put to a another EGM in October. Prior to this meeting the NMC/Board issued two communications to the membership.     June 17th Update    June 24th Update

On January 21st 2019 the barrister submitted their report. The NMC established a sub-committee to consider it and on February 18th 2019 the sub-committee decided that disciplinary action should be taken against each of the four senior volunteers. The Barrister’s Report found its way to the press and on February 29th 2019 this report appeared on the RTÉ website. At this point the NMC was unable to deal further their work as they were unable to meet the quorum required for their meetings. In August 2019, having addressed the issue of quorum to their satisfaction the NMC re-established the sub-committee and on December 20th 2019 the NMC decided to sanction all four senior volunteers. The four each appealed, and on May 10th 2020 all of the proposed sanctions were upheld by the National Secretary.

In October 2019 the Board sent an update to the Department for Children and Youth Affairs about its progress with Governance improvements since October 2018.    The update to the DYCA   Following that update to the Minister for Children and Youth Affairs asked another independent expert to examine whether the recommendations of the 2018 report have been fully and satisfactorily implemented. The report resulting from this review issued in April 2020.    The report on Governance changes    The Board’s response

In January 2020 the CEO retired and a new CEO took up the task of moving the organisation to a new departmental structure.
In March 2020 the specialist who had reviewed Child Protection procedures and had done the Critical Case Review delivered a Learning Review report.    The Learning Review report   The Board’s response

In August 2020, they submitted their second annual report and declared that it would be their last, stating that they “would not be able to provide any further added value to the process by continuing to monitor implementation of the transition any longer“. It has been anticipated that the Transition Implementation Monitoring Group (TIMG) would have a monitoring role for three years from October 2018. TIMG Terms of Reference    TIMG 2019 Report    TIMG 2020 Report

On September 19th 2020 an AGM of Scouting Ireland Services CLG (still not renamed to Scouting Ireland)  took place, it was an online event due to COIVD-19 restrictions. Prior to that meeting three previous Chief Scouts wrote to the Board setting out their concerns about the Learning Review and the handling of the Barristers Report.    Letter from three previous Chief Scouts    Board’s response    Separately a previous National Secretary also wrote an open letter to the membership, setting out his concerns about the continuing existence of the NMC, the matters raised by the previous Chief Scouts, the treatment of the most recent Chief Scout, and the level of communication and consultation that has been evident since October 2018.    Letter from previous National Secretary

On October 1st 2020 the Board and CEO, with the NMC, summoned a briefing meeting for the County and Provincial Commissioners. Following that meeting the NMC wrote to the County and Provincial Commissioners declaring, amongst other things that that “certain issues preventing the completion of the windup, might continue not just for months, but possibly for years before they could be finalised“. They declared themselves “extremely frustrated that they had not been in a position to complete the outstanding work and step down” and stated that they are “seeking to identify mechanisms whereby we can be replaced“. They also declared that they intend “to convene a meeting of National Council in the early part of 2021, the purpose of which would be to propose a new mission statement and new simple constitution with the sole purpose of winding up the Association“.