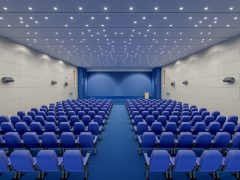 Moving to close the Association…

In October 2018 the constitution was changed to give effect to a decision to implement a “Company-only organisation”. A new Board was elected, and the NMC committed to desist from all executive and decision-making and to confine themselves to the administrative tasks required to close the Association. This was to enable the company to be the sole organisational structure for Scouting Ireland and the Board to be entirely accountable for the governance of Scouting Ireland.

Since then communications from the NMC about closing the Association has been sparse with an update in September 2019 and another in August of this year (2020).

On October 1st (2020) the Board of Scouting Ireland hosted a briefing for County and Provincial Commissioners. This meeting seems to have been organised primarily to provide information on the closing of the Association and some members of the National Management Committee (NMC) were in attendance as were the CEO and individuals from at least some of the Departments. Following the briefing a letter was sent by the NMC to Provincial and County Commissioners.

For more on these updates and the letter click Here.

The NMC needs to be refreshed…

These communications from the NMC inform us that they had issues progressing their work for much of 2019, they still have not closed out one of the two issues they knew about in October 2018 and they have realised a number of additional issues that had not been identified back then. They have informed us that they are now weary and extremely frustrated, and that they would prefer now if others would take up the work outstanding to windup the Association.

They have informed us that they intend to convene a meeting of National Council in the early part of 2021, to propose a mission statement and constitution for the Association to enable it to stay open for a further period to oversee the closure of all outstanding issues and to enable the orderly closure of the Association.

It would seem to be imperative that we have a meeting of National Council as soon as possible to elect a fresh committee to bring the work forward and to regularise the situation regarding NMC membership and the mandate and tenure of its members. It is to be hoped that the NMC will in fact convene a meeting of National Council early in the new year as they have declared they will.

It also seems reasonable to expect that, prior to that meeting we will receive:

What can we do?

The membership of National Council is made up largely of representatives of each Scout Group, County Commissioners and County Officers are also members. It would seem to be prudent and, indeed most advisable for every Scout Group and Scout County Team to do their utmost to ensure that they are fully represented at this important meeting. Also, it is vital that we all give careful consideration to the materials that will be circulated in advance so that we can make informed decisions.

The new committee that will emerge from this meeting of National Council will have a key role to play, not just in finalising the outstanding issues, but in doing so in a manner which is both transparent and understandable to the membership. It is vital that we succeed in finding good people to undertake this important work for us. It seems that this part of it is up to us all.

Can we find the people to go forward for election so that we can get a great team to finish this job off for us? Do you know someone who would do a good job at this that you could ask? Suitable people are most likely also busy people, but they may be prepared to take on this important work if you ask them.

The journey to better Governance