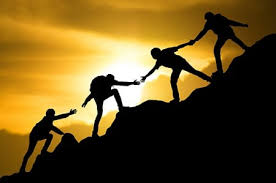 In October 2018 the constitution was changed to give effect to a decision to implement a “Company-only organisation”. A new Board was elected, and the NMC committed to desist from all executive and decision-making and to confine themselves to the administrative tasks required to close the Association. This was to enable the company to be the sole organisational structure for Scouting Ireland and the Board to be entirely accountable for the governance of Scouting Ireland.

A welcome step in a slow process…

A recent briefing for County and Provincial Commissioners, largely concerning the winding down of the Association, and a recent communication re. Mount Melleray are to be welcomed in that they provide information about what is happening. It is to be hoped that this sudden burst of communication is not simply a reaction to the growing tide of opinion that we need an urgent meeting of National Council to resolve matters. Perhaps, after almost two years, the Board have realised the need for proper communication and maybe we can look forward to more communication about plans and progress as well as some real consultation in the coming weeks and months.

The transition to a “Company only” organisation has not progressed as quickly as had been expected and there is a growing perception that it may have made our situation worse not better. With the Board working at oversight level and all of the Departments headed up by paid staff. there appears to be a total absence of volunteer leadership at national level. County and Provincial support structures are not yet confirmed, the promised National Conferences that would enable effective two-way communication and thought formation on matters of policy have not emerged, and we haven’t had an active Chief Scout for the past two years.

Several open calls for volunteers to populate the departments do not seem to have attracted the number of suitable volunteers that might have been hoped for, apparently leaving some departments short of sufficient capacity to enable the delivery of much-needed services at this time while also progressing the Transition. The willingness of adults to volunteer for roles at national level is undoubtedly influenced by current negative perceptions of how the principle of Scouting as a “volunteer led” organisation is being interpreted in the implementation of the new structures. The ongoing situation concerning four senior volunteers who stepped aside to facilitate an investigation two years ago is likely also to be having a significant effect.

It is understood that work has recently gotten underway to clarify how the County and Provincial Support Teams should best collaborate with the various departments to respond to the real needs of Scout Groups promptly, effectively and appropriately. It is a shame that this important work was not attempted many months ago and that even now it appears to be incomplete.

An extremely challenging time for us all…

Everyone in Scouting Ireland is working through a number of very significant challenges at this time.

Revelations, in 2019, of historic child sex abuse gave rise to widespread concern and some disillusionment. Apart from feelings of abhorrence, there is concern for the survivors and anxiety about negative effects that may arise from litigation.

The threat posed by Covid-19 and the associated restrictions are putting everyone under considerable stress and is threatening the retention of membership as well as the provision of facilities and services at all levels.

The requirement for each Scout Group in the South of Ireland to register as a separate charity in the very near future is leaving some Groups particularly anxious about attracting and retaining suitable people to act as Trustees and concerned about the level of information and support they may receive.

Any one of these factors would merit a detailed plan and an organised programme of frequent, clear and frank communication as well as effective consultation with the membership, regrettably such an approach is not evident.

A change in approach is needed if we are to succeed…

It has to be acknowledged that the Board of Scouting Ireland consists of volunteers who have taken on considerable responsibility for the operation and governance of Scouting Ireland and that is commendable. That said, there’s a job to be done; we must all work through the challenges so that we can continue to provide a quality Scouting experience for young people now and into the future.

People accept change best when 1) they understand the reason for the change, 2) they feel they have been consulted, and 3) they trust the people leading the change. It seems that many members do not understand what is taking place, don’t feel they have had a meaningful opportunity to express their views on it, and don’t see the end point. Indeed, some have begun to question the motivation and objectives of those who appear to be driving changes to the organisation and its practices.

It seems clear that there is an urgent need for the Board and CEO to ensure an effective operational framework without further delay. This operational framework should ensure that the CEO and the operational departments have an effective mechanism for engaging with the membership and for understanding their needs, for sharing ideas and taking account of the views of the membership, and for enabling and actively supporting the productive involvement of volunteers at all levels of the organisation.

Also, it seems vital that the relevant group(s) set out a clear plan for Transition describing what will change, why those changes are to be made, who will be responsible for managing each of the changes and in what timeframe. Good change management would see this plan published, with appropriate monitoring and regular reports on progress and outlook to completion made to all stakeholders including the membership.

At present there appears to be a significant and growing disconnect between the Board and the membership, this is unfortunate and unsustainable. Regular updates on a published transition plan, renewal of the County and Provincial support teams, and an effective operational framework connecting the support teams with the departments would surely go a long way towards restoring the confidence and trust that is needed to motivate adults at all levels to continue to give of their best to support a quality Scouting experience for our members.

When the trust account is high, communication is easy, instant, and effective –  Stephen R. Covey 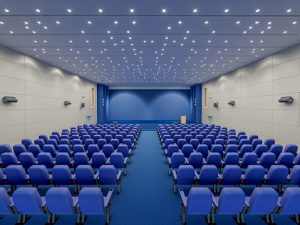 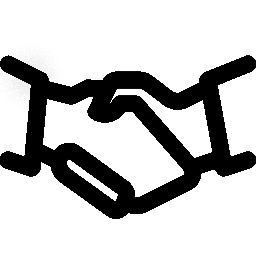 The journey to better Governance