Came across this article while catching up on some reading this morning. Perhaps you might recognise some of the traits mentioned, either in yourself or in others you work with. Trusting you may find the contents helpful.

A printable version of this article appears here.

As an individual contributor, Joe was praised by his management for his speed in delivering results. His management was so enamoured with his ability to get things done quickly that he was promoted to a leader role over a team of ten. Joe’s speed in taking action carried over into his decision making. He saw making decisions fast as a sign of getting “real work done,” versus sitting around talking about things. “Great leaders don’t have all the facts,” he would say to his team, as justification for moving forward without a good understanding of a decision’s implications. Joe’s team learned to just say, “Yes, Sir,” and do their best to execute what Joe wanted done by the time expected. His impulsive decision making came to a head with a new hire named Greg.

Joe interviewed Greg for a product management position, who talked a great game and quickly won Joe over. Joe made an impulsive decision to hire Greg without checking his references. After Greg started working, it didn’t take long for others to see he was clearly unqualified for the position. Suspicious of Greg’s claims, Joe did some digging and found he had embellished the accomplishments on his resume. The team and Joe went through several stressful months cleaning up Greg’s messes until he was finally let go. Joe eventually recovered as a leader but learned a painful lesson about impulsive decision making; and he had to earn back credibility with his team.

Before I go further, I want to level-set on what I view as impulsive and deliberate leaders.

Let’s break this down. Impulsive leaders want to move quickly on a decision and tend to use the concept of “imperfect information” as license to not do their homework. They are very action-oriented but run into problems from not thinking through decisions before acting. To an impulsive leader, need dates aren’t as important as moving fast. An impulsive leader may not have the time to do something right the first time, but will need extra time later to re-do or un-do something.

In contrast, deliberate leaders are mindful of decision speed, but only as input into overall decision quality. They understand the concept of imperfect information, but don’t use it as an excuse to not learn what they can about a decision’s implications. They can be every bit as action oriented as an impulsive leader.

What are some warning signs that you might be an impulsive leader? Here are seven:

Do any of these warning signs resonate with you? If so, then give these eight tips a look to help you make the journey from impulsive to deliberate leadership:

Remember, impulsive leaders prioritize speed over decision quality, while deliberate leaders balance speed with quality. Keep these eight tips in mind to improve the quality of your decision making and become a more effective leader of followers.

A printable version of this article appears here. 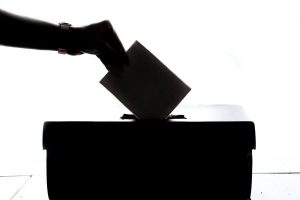 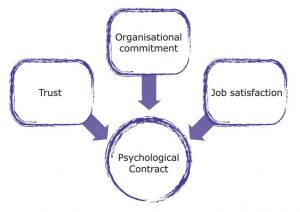